As an African American, I have always felt blessed that I could trace my roots back to a specific country in Africa – that country being Senegal.  My father was born and raised in Senegal and later came to the U.S. to complete his graduate studies.  Many African Americans who are descendants of slaves have no clue where in Africa their ancestors came from.  Why is this important you may ask? Imagine only knowing that you are just from Europe without knowing what country.  How much pride is there in being of Italian, Irish, or French decent, for example?  However, I wonder why descendants from Europe who are born in the U.S. aren’t consistently referred to as European Americans or Euro-Americans?  Why is it that African Americans are habitually grouped into one category without a specific country?  Well, in my opinion that stems from the African Holocaust that we call “slavery”.

The Whitney Plantation is located in Wallace, Louisiana (near New Orleans) and is the first museum of its kind that focuses on slaves and not just slavery.  This museum strives to give a more accurate, meaningful account from the perspective of the slaves and portrays an honest interpretation of what life was like for them on the plantation.  First-person slave narratives are included throughout the tour.

When I first entered the museum’s gift shop and waiting area, I was taken aback.  For one, there was a floor to ceiling photo of Gorée Island’s “Door of No Return.”  During my first trip to Senegal, my uncle took me to Gorée Island.  Historically, the island was used as a slave port during the Trans-Atlantic slave trade and the Door of No Return was the last door captured Africans would walk through on their way to board slave ships bound for lands unknown to them.  This exit point represents not only the last time a slave’s shackled feet would ever again touch African soil, but also the final moment they would see familiar faces – hence the name “Door of No Return.”  Seeing the depiction of the door in the museum gave me a full-circle perspective.  I had visited a place where Africans were initially taken and sold as prisoners and now I stood in a place where thousands of those enslaved captives ended up.  At that moment, I knew this was about to be an extremely emotional and personal tour for me.

The tour started with the historic Antioch Baptist Church, which was originally built by former slaves on the east bank of the Mississippi River and eventually donated to the plantation by the nearby town of Paulina, Louisiana.  This holy place is filled with haunting, life-like statues depicting the children who were used as slave labor on the plantation. 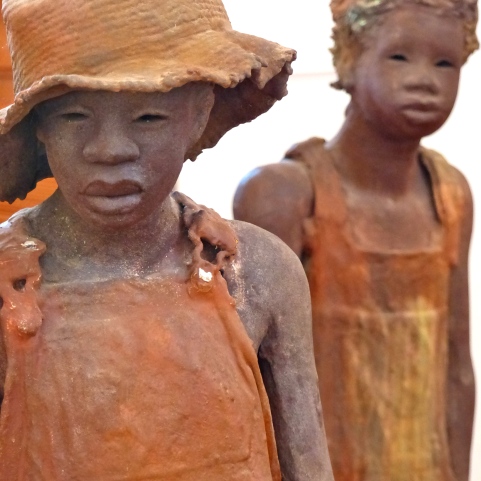 As we seated ourselves in the church, our tour guide gave us a brief history of the church, the African Holocaust, and what the tour would entail.  We then watched a video of slaves sharing their life experiences and about the history and restoration of the plantation.  At the beginning of the tour, we each were given a lanyard with a picture of one of the statues on the front and the slave’s name, age, and a brief personal quote on the back.  I started to look down at it while the video was playing and had to fight back the tears.  Yes, this was definitely going to be a hard tour for me to be a part of.  After all, it could have been me.  It could have been a family member.  At one point, it was me.

We then proceeded to the Wall of Honor which personalized the experience even more.  Memorialized for all time, the wall lists the names of all the unfortunate Africans who were stolen from their homeland and unwillingly brought to the plantation as well as those who were born there.  Some of the names seemed like they could have been their native name while others were clearly given new American names… their slave name.  Some even have tidbits of information under their names.  Our tour guide was very interactive and would ask us questions or give us historical facts at each stop.  I was the only African American person on my tour, so our guide noted that years ago we wouldn’t have been allowed to mingle and that we all could have been arrested for openly being around each other.  The whites would have just had to endure a short jail sentence or pay a fine, but I would have been handed a longer sentence and forced to perform hard labor. 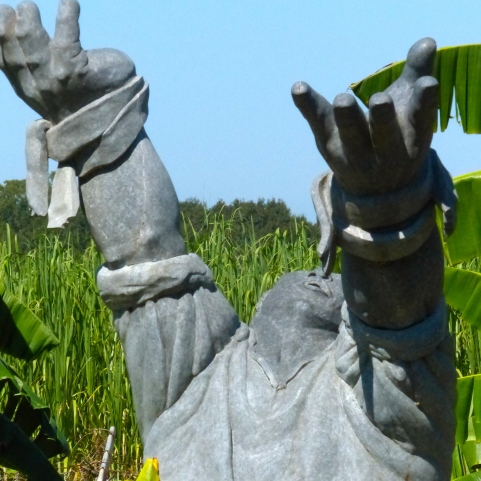 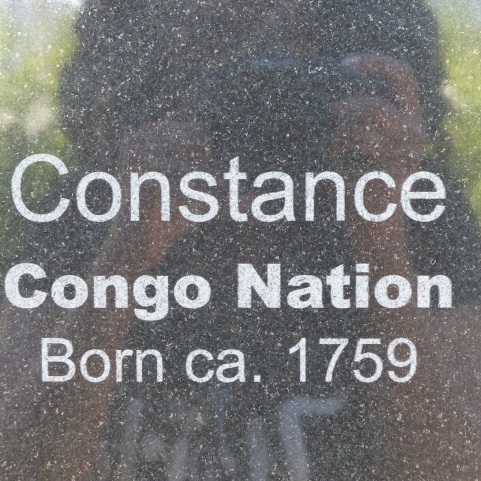 We stopped at the slave quarters which were actually no more than one-room wood shacks.  I could not imagine being crammed into these dreadful dwellings.  The front of the cabins faced a torture chamber and the slave owner’s “Big House” which was meant to constantly elicit a very mind-controlling and fear-producing environment. 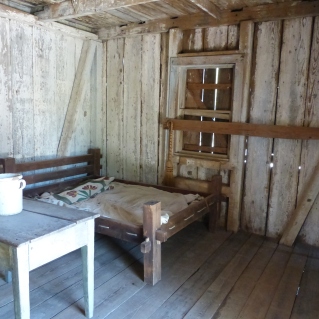 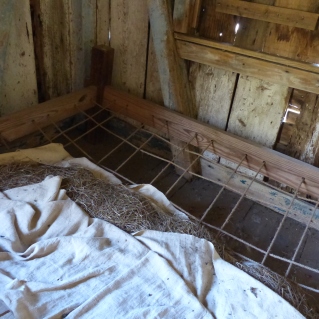 Continuous visual of the torture chamber, also known as a hot or sweat box, was used as a warning to others who might dare to fight back or attempt to run away.  Frequently, for even the slightest offense a slave could be chained, strung up, and horsewhipped in front of everyone, including their children, until he or she was a bloody pulp of defeated submissiveness, then locked in the small, all-metal cell no matter the season or temperature to show the consequences of what the master or overseer perceived as disobedience.  One side of the cell faced the slave’s housing and work fields and the other side faced the back of the master’s Big House. Either view was a heart-wrenching sight.  The hot box, among other forms of torture, was used as a scare tactic and warnings to other slaves that they dare not rebel or backtalk less they meet the same fate. 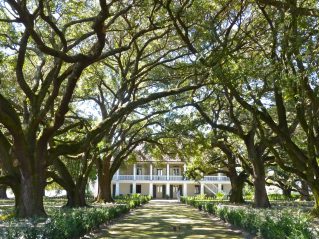 Throughout the tour, I defiantly held back tears.  It wasn’t until the guide asked me how I was doing that the floodgate of tears began to roll out.  Our journey thru history ended at the plantation owner’s house.  The front of the house had a gorgeous pathway lined with magnificent trees.  It was a remarkable sight.  Clearly, looks can be deceiving because the horror and affliction taking place behind the lush landscape and charming homestead was more than any human should have to bear.

As we finished viewing the house, the owner of the museum drove up in a golf cart to great us.  John Cummings is a kind soul who had a vision for all to see.  He is a true pioneer of civil rights and understands the importance of telling the true story and not the edited version painted in our educational system and on our television screens.  He personally took me to a new, adults-only addition to the museum.  It was an unsettling representation of beheaded slaves on tall spikes that plantation owners also used to do to those who were caught attempting to escape or start a revolt.  It was the cruelest form of punishment and terrorism and I couldn’t even begin to imagine having to constantly see anyone’s, especially that of a loved one or friend, remains on a spear all day for days on end while I was forced to go about routine work.  After I regained a semblance of composure, Mr. Cummings took a few photos of me standing in this area and all I can say is that it could have been me… 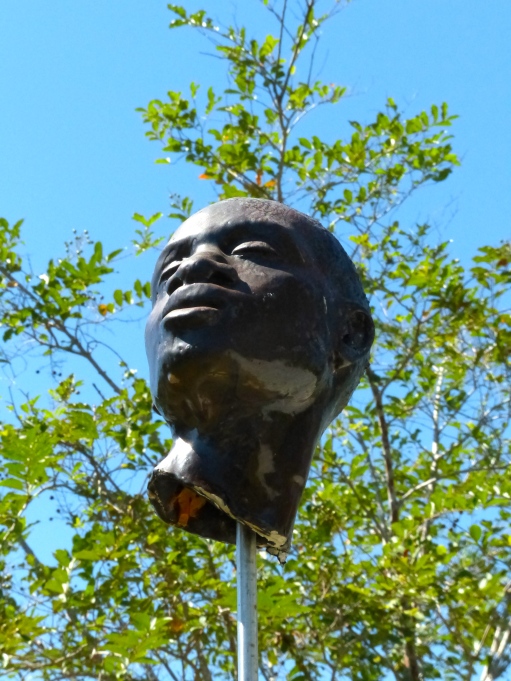 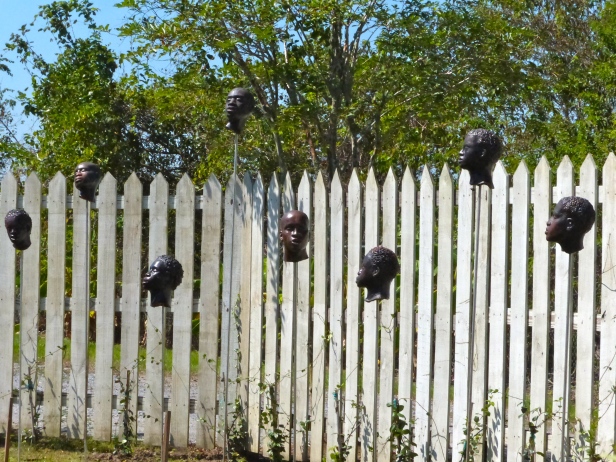 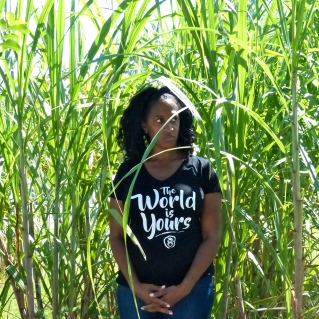 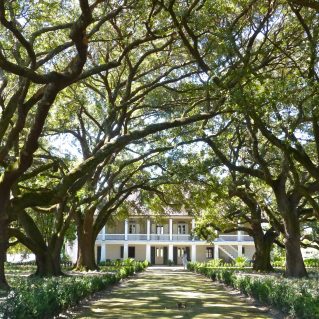