We set sail for what I thought was going to be a three-hour tour from Nassau to Exuma in the Bahamas. Little did I know, I was in for an adventure that I need not repeat.

During their Labor Day weekend, a group of us were heading to a getaway on one of the 700 islands that comprise the Commonwealth of The Bahamas. Although I had the option of taking a short plane ride to our final destination, I was voluntold by my friend to take the boat ride with everyone else. My first clue that this was going to be a long day was seeing all of the other woman on the boat already in their swimsuits and cover-ups whereas my city self had arrived wearing yoga pants and a t-shirt. The fact that we had to leave around seven in the morning because of the prevailing winds was clue number two as to the type of day that lay ahead.

The ride with normal winds takes approximately 3 hours by speed boat, so I tried to mentally prepare myself for this journey. As we left the Nassau canal and hit the open waters, I immediately knew I should have taken the plane. We were going against the waves and the boat seemed to hit each and every one of them. Did I mention every wave? Do you know how many waves there are in waters of Yellow Bank? Way too many when it’s windy I tell you! We hit the first major wave and the front of the boat went up then crashed down. The next thing I knew, a huge wave of water was splashing down on me and I was soaked from head to toe with salty sea water that was also running into my eyes and mouth. I now fully understood why everyone else was wearing their swimsuits. Too bad I didn’t get that memo. I now had the pleasure of having to sit through the rest of this so-called adventure with wet pants, wet underwear, and burning eyes all thanks to my friend who insisted I take the boat but didn’t tell me to wear a suit before we left. Side eye… you know who you are!

After the one thousandth wave and constant tense body reaction, I decided that my poor back was not going to make it through this three-hour tour, so I decided to try to relax and just go with the motion of the boat. Looking back, I am surprised I didn’t ask for a life jacket. Three hours went by and the color of the water started to change from a medium to dark blue to the most beautiful hues of turquoise and green you could imagine. Then, we finally slowed down and pulled into a dock. Woohoo! 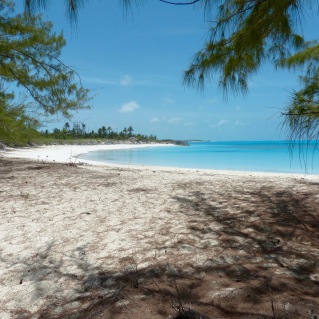 We finally made it. I could not wait to get off of that wave-crashing machine. Apparently, I got excited too soon because this was only a pit-stop for the other boat traveling with us to refuel. A piece of my soul died at that dock lol.

The awesome Captain Blake, who had to navigate these waters, said we probably had a few more hours to go. Excuse me? A few more hours?! Well, what was supposed to be a three-hour tour had turned into a five-hour adventure that I will never forget. Between dosing off and trying to catch my balance while being tossed to and fro, I kept singing the theme song to Gillian’s Island.

I tried to name everyone on the boat after a character on the show, which was kind of hard since there were only two men on board, but here is what I came up with:

I have to say the trip was worth it once we docked and I saw the surrounding waters of where we were staying for the next four days. I had left one island paradise only to arrive in a jewel of another. Staniel Cay, Exuma is definitely a best kept secret and I can’t wait for the opportunity to explore other Bahamian islands. And I have to give a special shout-out to Captain Blake who got us safely through those evil waters in one piece. All I had to do was manage to stay seated while he navigated the death waves. Will I opt for a boat ride instead of a short plane trip on my next island-hopping adventure? When pigs swim! 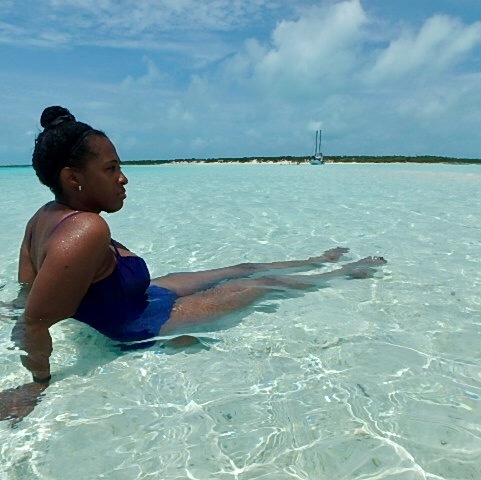 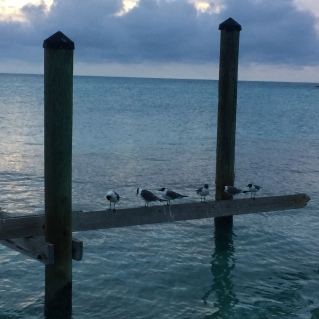